Last september I headed off to Lampung in Sumatra to shoot a story for the Telegraph magazine. The piece focused on a cooperative of prawn farmers who unselfishly give a percentage of their income to support the Sumatran Rhino Sanctuary. The farmers are also part of the Lampung Green Project which aims to replant 200,000 mangrove trees along the Lampung coast by 2015. This project is the brainchild of the remarkable Rosida Idriss an Indonesian woman based in the UK. The feature, written by Rose Prince, appeared in last weekends edition of the Telegraph magazine. 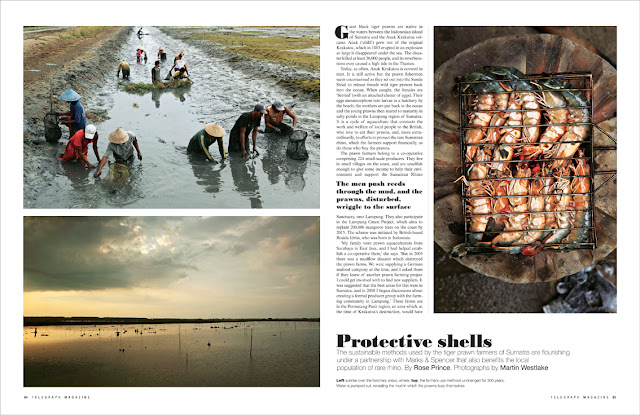 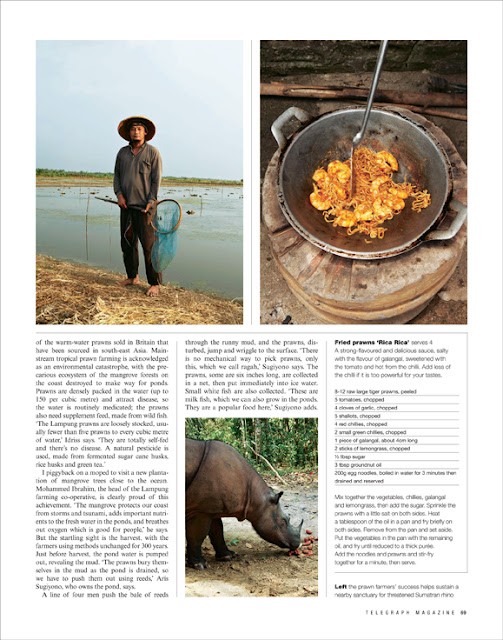 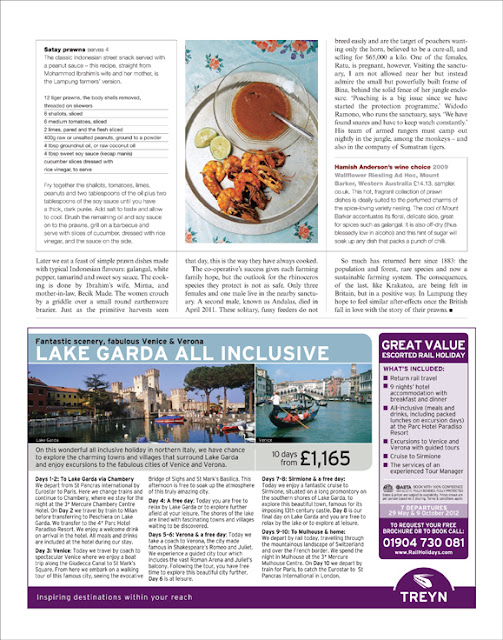 Posted by martin westlake at 09:08 No comments: